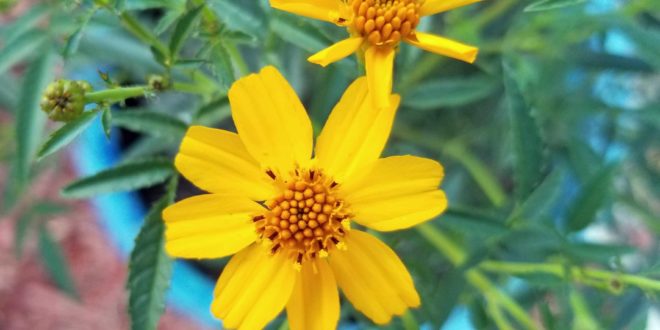 Tagetes lemmonii is new to our Sunnyvale garden in 2018. This herbaceous evergreen perennial in the sunflower family (Asteraceae) is native to Arizona and northern Mexico. The highly aromatic, fine textured medium green leaves are arranged on brittle stems. Electric yellow-orange daisy-like flowers provide intense fall color. Tagetes produces many small flower heads in a flat-topped array, each head with 3-8 ray florets and 12-30 disc florets. Tagetes was described as a genus by Linnaeus in 1753.

The species is very drought tolerant in a Mediterranean climate and much used in California gardens where it tolerates light frosts without damage. Plants may be cut back hard in the later winter following flowering to remove any frost-damaged foliage and promote dense growth. For best results, plant in full to part sun and well-drained, fertile soil.

The name Tagetes is from the name of the Etruscan Tages, born from the plowing of the earth. It likely refers to the ease with which plants of this genus come out each year either by the seeds produced in the previous year, or by the stems which regrow from the stump already in place.

The common name in English, “marigold”, is derived from “Mary’s gold”, a name first applied to a similar plant native to Europe, Calendula officinalis.

Tagetes’ strong scent is said to deter some common insect pests, as well as nematodes. Tagetes species are hence often used in companion planting for tomato, eggplant, chili pepper, tobacco, and potato. Due to antibacterial thiophenes exuded by the roots, Tagetes should not be planted near any legume crop. Some of the perennial species are deer-, rabbit-, rodent- and javalina or peccary-resistant. I can vouch for that as I have seen no javalinas or peccaries.

The marigold was regarded as the flower of the dead in pre-Hispanic Mexico, parallel to the lily in Europe, and is still widely used in the Day of the Dead celebrations. 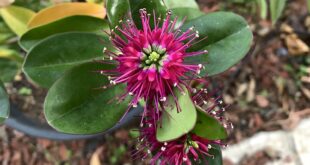 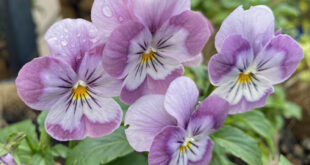 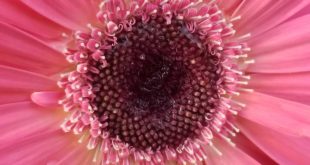 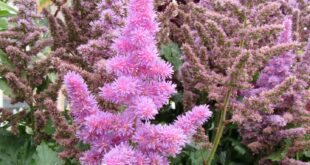