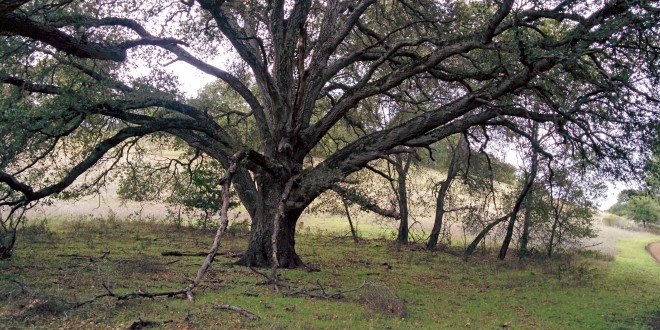 Duveneck Windmill Pasture OSP is oak meadowland at the top of a ridge, 1200 feet up Black Mountain, between Rancho San Antonio OSP and Hidden Villa.

In 1867 G.W. Moody built a road from the Mountain View train station and a stagecoach stop and inn (the White House) for a stage running from San Jose to Pescadero. The White House was also known as the Halfway House because it was halfway between the two cities (eight miles from each one).

In 1924, Frank and Josephine Duveneck founded this working organic farm and wilderness area on land comprising the upper Adobe Creek watershed on the foothills of Black Mountain in Los Altos Hills, California, part of the Santa Cruz Mountains.

The Duvenecks purchased land to protect the entire upper watershed, growing Hidden Villa to 1600 acres, creating one of the few virginal watersheds in the Bay Area. Hidden Villa was donated, by the whole Duveneck family, to the people of the region upon Frank’s death in 1985. never to be polluted. By 1982, the Midpeninsula Regional Open Space District had purchased conservation easements on 1,560 of the 1,600 acres, leaving only the lower 40 acres for possible development

The Duvenecks were active in both environmental concerns and human rights. Frank Duveneck founded the Loma Prieta Chapter (the 4th) of the Sierra Club with 53 charter members in 1933. Frank and Josephine were also founders of Friends Outside, a support group for prisoners and their families. The Duvenecks sheltered Japanese-Americans returning from internment camps and provided safe harbor for César Chávez as he organized farm workers in the fifties.