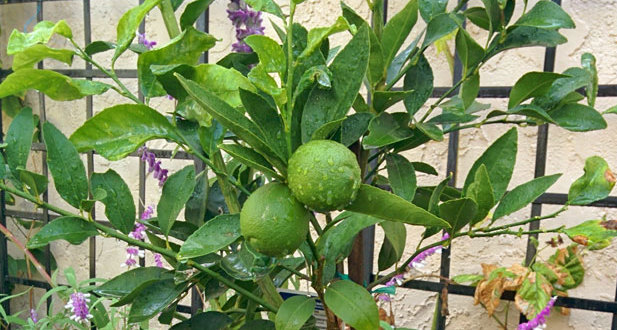 Bearss limes are a wonderful variety for Sunnyvale that produces fruit in the late fall or early winter. You can grow it in the ground or in a container. If you grow in a container, you normally will select a dwarf rootstock. This variety can also be grown indoors. If growing in the ground, I recommend the semi-dwarf rootstock (because the standard rootstock will grow to 20 feet tall).

“Bearss” lime trees (Citrus latifolia “Bearss”) is hardy in U.S. Department of Agriculture plant hardiness zones 9 through 11. “Bearss” lime trees are also known as Tahitian limes or Persian limes. These lime trees take their name from the grove where the first “Bearss” tree was produced, at the grove of T. J. Bearss in Porterville, California in 1895. “Bearss” limes have thin, light yellow rinds and seedless, acidic flesh.

How to Fertilize Lime Trees

How to Dormant Spray Lime Trees

Spray the tree with copper-based fungicide spray in mid to late summer to prevent red alga and citrus canker.

How to Harvest Limes

Harvest limes from the tree either after they have fallen to the ground or once they turn yellow. “Bearss” limes are sold commercially when still green, but limes left to ripen completely will turn yellow.

How to Protect Lime Trees from Frost

Protect the tree from the chill in winter by covering with blankets or tarps any time that frost is predicted.