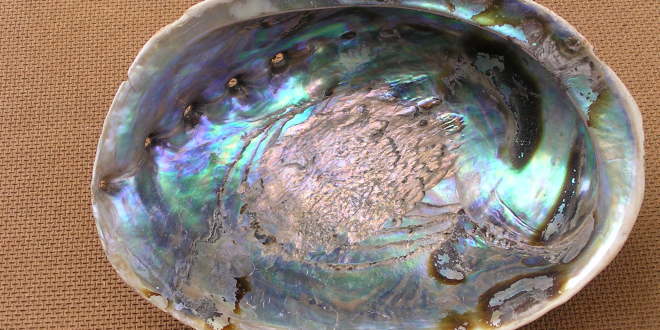 He was about 40 years old. He had osteoporosis. He was buried with his bling. He was buried 5,590 years ago. As part of the funeral, he was stained with red In 2000, deep construction excavation in downtown Sunnyvale exposed a Native American burial with grave artifacts and a MC date of 5590 cal BP. The artifacts included round Olivella beads and square Haliotis (abalone) beads. Red ochre staining on the skeletal remains was extreme, and several of the bones showed indications of contact with fire. Charcoal underneath the skeletal remains indicate possible pre-internment ritual in the grave pit.

This grave feature at 3.5 meters (11 feet) below the surface represents one of the oldest dated burials with associations in the general area of San Francisco Bay and Monterey Bay. The 11 feet represents about 2.5 inches of sediments per 100 years.

Paper on the Red Burial

Examples of Olivella shells made into beads 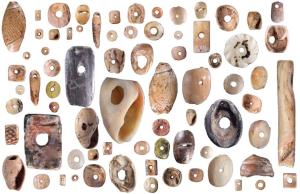