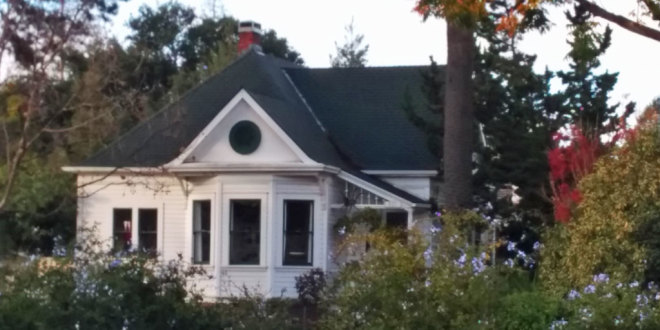 Sunnyvale pioneer Charles Stowell bought the home from F. C. Fry in 1899, who had built the home circa 1890. The Stowell family owned the home for 100 years. Stowell and his brother-in-law Charles Spaulding were prominent businessmen in the community. They built the S&S building on the corner of Murphy Avenue and Washington Avenue. They were also involved in the construction of several other prominent buildings, including the First Baptist Church and the U. S. Post Office.