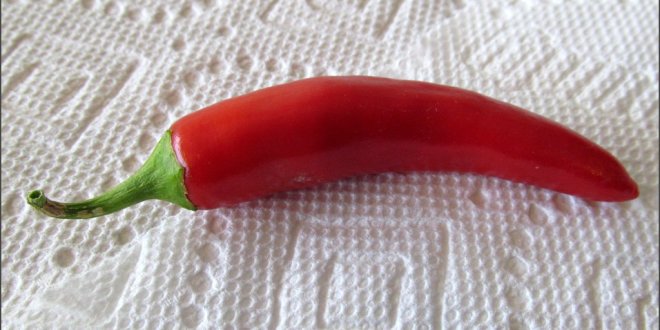 Cayenne is a green or red hot chili pepper used to flavor chile food dishes and is also used for medicinal purposes. Named for the city of Cayenne in French Guiana, it is a cultivar of Capsicum annuum related to bell peppers, jalapeños, and others. The Capsicum genus is in the nightshade family (Solanaceae). The fruit is typically dried and ground, or pulped, and baked into cakes, which are then ground and sifted to make the famous powdered spice known as cayenne pepper.

Cayenne is used in cooking hot and spicy dishes, as a powder or in its whole form (such as in Szechuan cuisine) or in a thin, vinegar-based sauce. It is also used as an herbal supplement. The potent, hot fruit of cayenne has been used medicinally for centuries for the following physical ailments:

Gastrointestinal tract: including stomach aches, cramping pains, and gas.
Diseases of the circulatory system: Still traditionally used in herbal medicine as a circulatory tonic.
Rheumatic and arthritic pains: When rubbed on the skin it causes a counter-irritant effect. A counter-irritant is something which causes irritation to the area to which it is applied. This makes it distract the nerves from the original irritation (such as joint pain in the case of arthritis).
Sore throat: If gargled with water it can work as an effective treatment for sore throats.
Styptic: Applying cayenne powder to bleeding wounds has traditionally been considered to have a powerful coagulating ability.
Thermogenic: Cayenne pepper is used both internally and externally in colder climates to protect against frostbite. It can be used crushed or powdered in socks or taken internally in a tea to increase body temperature and circulation to hands, arms, feet and legs.
Cayenne pepper generally rates at 30,000 to 50,000 Scoville Units – the upper end of the medium heat range.